Can’t we all just get along?

Given this is a post-election blog, I thought it would be appropriate to ask, can’t we all just get along? No, I don’t mean republicans and democrats – come on, let’s get real! I mean debt and savings! These two financial instruments seem to be at odds with each other, both in the minds of the average consumer and in the media. I argue that the coexistence of debt and savings is prudent and that they can actually get along! 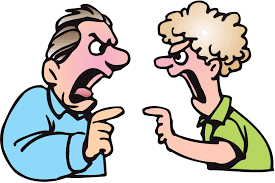 The fact is, far too many Americans have too little money set aside for emergencies, let alone for vacations or retirement. Marketwatch.com laid out very interesting data about how much money Americans have set aside and in what forms. This has been reported on frequently in the last several years, usually with alarm bells sounding each time! This article actually has some positive insights to savings behavior.

For instance, people had the least amount of money in their checking accounts in 2007, when times were good just before the Great Recession. In fact, they had on average less than $1,000 in their account. Today, the average checking account customer has more than $3,700 stashed away, significantly more than the median amount in checking accounts since 1991 is $2,263, according to Moebs Services, an economic-research firm in Lake Bluff, Ill.

That said, there still are many who live paycheck-to-paycheck. In 2017, 44% of people in the U.S. said they could not cover an unexpected $400 emergency expense or would rely on borrowing or selling something to do so, down from 46% the year before, according to a separate report released last year by the U.S. Federal Reserve.

As I have written recently, debt is considered by many “financial experts” to be bad. These experts also don’t live in the same financial reality as many Americans. So, I ask the question of the individual who has a small amount of savings and is trying to build it: For the expenditure you want or need, wouldn’t it be better get a personal loan and, thus, maintain money in a savings account or keep room on a credit card to handle an emergency need for funds? Debt, if managed appropriately, can be a useful financial instrument for many households, thereby maintaining some savings for the future.